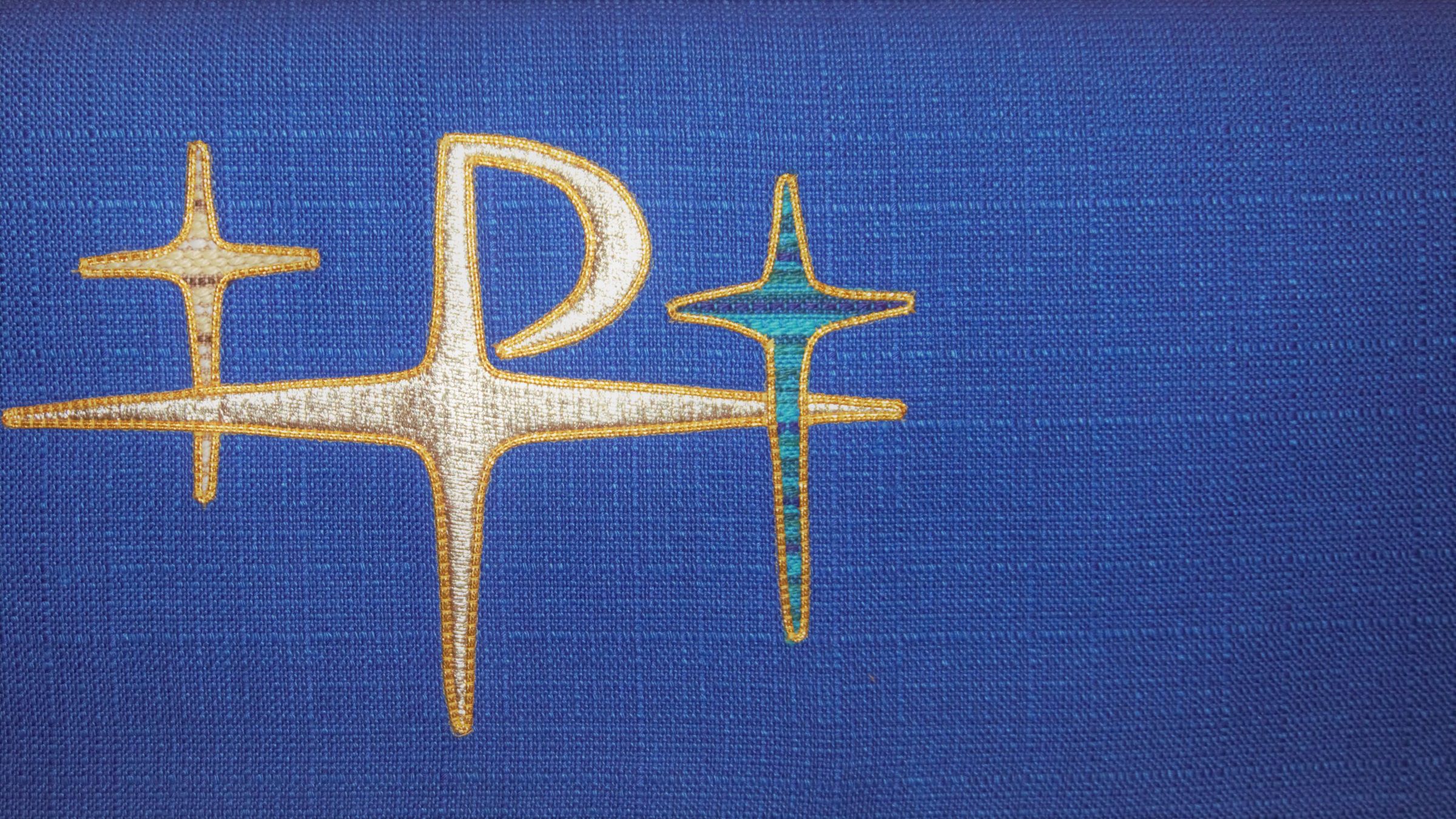 The St. Peter’s Community is a family of Christians committed to the gospel of Christ.

We are a family of believers being transformed by the power of God’s love through Jesus Christ. Together, we will make a difference in the world through intentional ministry. As with any family, people are always welcome at the table.

We fulfill this mission through:

Thank you for dropping by…

We in the St. Peter’s Community are truly pleased that you stopped by our corner of the cyber world because we believe that everyone who enters our doors, electronically or at 49 Queen Street North in Kitchener, is God’s guest.

Our services are open to all, regardless of age, marital status, sexual orientation, gender identity, color, or creed, and we will welcome you when and if you stop by.

There are a whole bunch of great reasons to attend St. Peter’s Church. With almost 160 years of history, St. Peter’s is passionate about following Jesus and about helping people be who God is calling them to be. We believe that everyone is worthy of love and belonging and that there is a place for everyone in this community. For real.

Our Sunday worship time is 10:00 am. We endeavour to offer a “user-friendly” church service and delicious treats, coffee and tea are offered every Sunday before worship – and you don’t have to lift a finger. Plus, the spiritual food of bread and wine at an open communion table will be even more fulfilling.

So, thank you for your interest in the St. Peter’s community. We hope that you will join us for worship, a labyrinth walk or one of many other community opportunities and soon. In the meantime, if you would like information about participating more fully in the life of the St. Peter’s Community or have questions or needs to which we may respond, give us a call at (519) 745-4705 or email us anytime.

We look forward to meeting you! 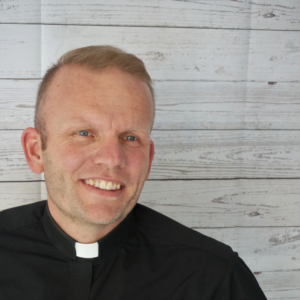 Mark became St. Peter’s pastor in 2009 and the dress code at church has never been the same.

A diversity-focused leader who is open to all faiths, belief systems and religions, Pastor Mark enjoys working with, and serving alongside, a diverse population. Throughout his 21-year role as a pastor, he has grown to fully appreciate the church’s storied history and his privilege in standing on the shoulders of a great cloud of witnesses. Pastor Mark is a firm believer that a spiritually-rich tradition can empower us to do bold things, rather than weigh us down. The phrase “there’s a strong sense of possibility brewing” embodies a posture that is continually present in his work and life.

Pastor Mark’s values align with a multi-faceted mission of being a pluralistic community of learning, nurturing community leaders, serving others, encouraging and challenging individuals and communities to discover their deepest passions, and holding space for courageous initiatives. As an active participant in the Christian tradition, Pastor Mark has great respect for the institution’s relationship to the wider church.

During his PhD in Human Relationships (Pastoral Leadership) at Martin Luther University College/Wilfrid Laurier University, Pastor Mark published a journal article about social media and othering in Consensus: A Canadian Journal of Public Theology. His dissertation, which he successfully defended in August 2021, explored the impact of social media on the religious and spiritual beliefs of emerging adults, and he is excited to share the outcomes of this research and put his learning into praxis.

When Pastor Mark isn’t thinking “church”, he’s enjoying time with his family; his beautiful wife Karen, his sons Joshua and Caleb and his daughter Rachel. Their favourite getaways involve water, snow and the local coffee shop. An Eiffel Tower would be a major bonus. 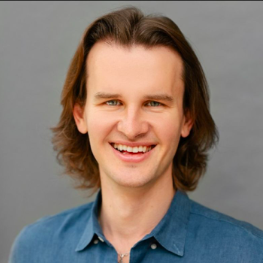 Vladimir Soloviev is a Toronto-based pianist and vocal coach whose performances around the globe includes appearances at Carnegie Hall and Bohemian National Hall in New York. Vlad has won the Pattison Piano Competition and the London Scholarship Foundation Competition, and the Concerto Competition at Western University. He completed his studies at the University of Western Ontario, Eastman School of Music, Mannes College, and The UofT Opera School.

Vlad currently holds the position of a repetiteur at the Canadian Opera Company’s Ensemble Studio. Apart from this work, Vlad has coached at the Classical Lyric Arts Opera Studio, Highlands Opera Studio, UofT Opera School, and the Toronto Summer Music Festival. Vlad remains active as an organist and choral conductor, holding the positions of Music Director at St. Peter’s Lutheran Church, Kitchener, and Assistant Conductor at the Mississauga Festival Choir.

An avid traveller, Vlad has toured around the globe in performance and competition, but also for pleasure — he loves exposing himself to cultures of the world, particularly through museum visits and sampling of local wine. Outside of opera, Vlad holds a deep love of Beethoven’s piano compositions and bad British TV (Vlad believes that “Taskmaster” is an accurate and poignant commentary on the human enterprise). A former lover of philosophy, Vlad has recently finished the 11-volume A History of Philosophy by Frederick Copleston. Vlad is looking forward to never reading again. 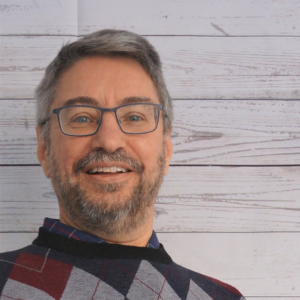 The recipient of numerous prizes and scholarships, in 1993 Peter received a Doctorate of Musical Arts from Yale University. Peter studied at the Royal Academy of Music in London, England, graduating with an Advanced Course Diploma. In 1996, Peter won the prestigious Leslie Bell Prize in Choral Conducting. Peter was the Director of Music at St. Peter’s Lutheran Church, Kitchener from 1989 to 2022. Prior to beginning his work as an instructor at the Beckett School in 2000, Peter was Executive Director of the Royal Canadian College of Organists (RCCO) for 11 years. He is also an examiner for the Royal Conservatory of Music and the RCCO. An active recitalist and clinician, Peter is co-owner of Kelman Hall Publishing, which specializes in sacred music. In June 2009, Laurier Centre for Music in the Community honoured Dr. Nikiforuk for his contributions to Kitchener-Waterloo. 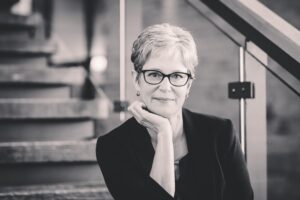 Jennifer also works part-time at the Kitchener Public Library, is an award-winning author, has written several Young Adult fiction and Adult non-fiction novels and is a keynote speaker for retreats, women’s meetings and church groups.  When she has some free time, Jennifer enjoys spending it with her husband Mark, two teenaged sons, Ian and Ben, and their rabbit Ollie! 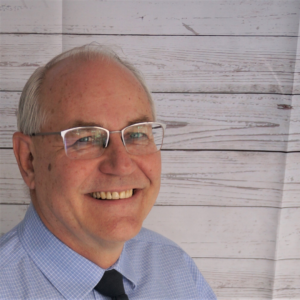 David is passionate about the love of God and has been serving in administrative support for St. Peter’s Church since 1991. He brings a wealth of administrative experience to his role. David has degrees in Management and Administration, as well as, Manufacturing Engineering Technology. Not only is David passionate about the Gospel but he also embraces the belief that everyone deserves to be loved and is truly valued. David has been an active member of the Lutheran church for his whole life. When he isn’t immersed in the administrative details at St. Peter’s he enjoys spending time with his family and the outdoors—especially roasting a Thanksgiving turkey while camping with family.

Ann joined St. Peter’s staff in 1999 as the church custodian. She brings a wealth of housekeeping and hospitality skills to her work. Ann is an active member of St. Peter’s and is married with two children.

Members of the Church Board (Leadership) Team are elected at the annual meeting following a nomination process. This team supports and directs the church in keeping with the St. Peter’s Mission and Vision.

1933      Adoption of revised Constitution in German and English.

1979      Dedication of the wall dossal “Feed My Sheep” designed by Nancy Lou Patterson.

If you’re curious about documents related to St. Peter’s Church history you can find them in the Grace Schmidt room at the main branch of Kitchener Public Library. There are also documents at the Wilfrid Laurier University library.

READ MORE about the Evangelical Lutheran Church in Canada, what we believe, and our history going back to Martin Luther.